Skip to Main Content
It looks like you're using Internet Explorer 11 or older. This website works best with modern browsers such as the latest versions of Chrome, Firefox, Safari, and Edge. If you continue with this browser, you may see unexpected results.

Your guide to understanding copyright and fair use 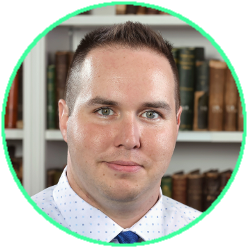 What is intellectual property?

The concept of intellectual property has its origins in seventeenth century natural law arguments that exclusive property rights are acquired by mixing our labor with natural resources, understood at that time to be part of the commons. The philosopher, John Locke, argued that as long as we do not appropriate a wasteful amount of resources for ourselves, and as long as we leave “enough-and-as-good” for everyone else, then we have a God-given right to use whatever we find for our own ends. Though Locke never specifically mentioned intellectual property, his theory became the basis for the argument that creative works constitute a form of private property.

The poet, Edward Young, in his Conjectures on Original Composition (1759), was one of the first to directly compare original works of the mind to private property:

An Imitator shares his crown, if he has one, with the chosen object of his imitation; an Original enjoys an undivided applause. An Original may be said to be of a vegetable nature; it rises spontaneously from the vital root of genius; it grows, it is not made: Imitations are often a sort of manufacture wrought up by those mechanics, art, and labour, out of pre-existent materials not their own... (9).

Thyself so reverence, as to prefer the native growth of thy own mind to the richest import from abroad; such borrowed riches make us poor. The man who thus reverences himself, will soon find the world’s reverence to follow his own. His works will stand distinguished; his the sole property of them; which property alone can confer the noble title of an author; that is, of one who (to speak accurately) thinks, and composes; while other invaders of the press, how voluminous, and learned soever, (with due respect be it spoken) only read, and write (24).

The Enlightenment philosopher, Denis Diderot, argued that intellectuals are actually more entitled to own their work than those who cultivate a field or craft something from natural resources:

What form of wealth could belong to a man, if not the work of the mind...if not his own thoughts... the most precious part of himself, that will never perish, that will immortalize him? What comparison could there be between a man, the very substance of a man, his soul, and a field, a tree, a vine, that nature has offered in the beginning equally to all, and which the individual has only appropriated though [sic] cultivating it (In Hesse, 2002).

The French revolutionary and political philosopher, the Marquis de Condorcet, had perhaps the most direct influence on American intellectual property law. It was his idea to base the concept of intellectual property on social utility, since ideas are socially constructed, rather than a gift from nature or God:

There can be no relation between the ownership of a work and that of a field which a man can cultivate, or a piece of furniture that can be used by only one person, the exclusive ownership of which is consequently based on the nature of the thing. Such a property is not derived from the natural order and defended by social force; it is a property founded by society itself. It is not a true right, but a privilege, like the exclusive enjoyment of anything that can be taken from its sole possessor without violence. Every privilege is therefore a constraint imposed on freedom, a restriction of the rights of other citizens. In this particular case, the privilege is harmful not only to the rights of others who wish to copy, but also to all who wish to have copies, for whom anything that increases the price thereof is an injustice. Does the public interest require men to make this sacrifice (Translated by Goldhammer, 2002)?

In arguing that intellectual property is “founded by society itself,” Condorcet’s argument informed the Framers of the US Constitution’s idea to grant creators a limited term of copyright protection -- not to enrich themselves -- but for the socially useful purpose of promoting “the Progress of Science and the useful Arts” (U.S. Const. art. I, § 8).